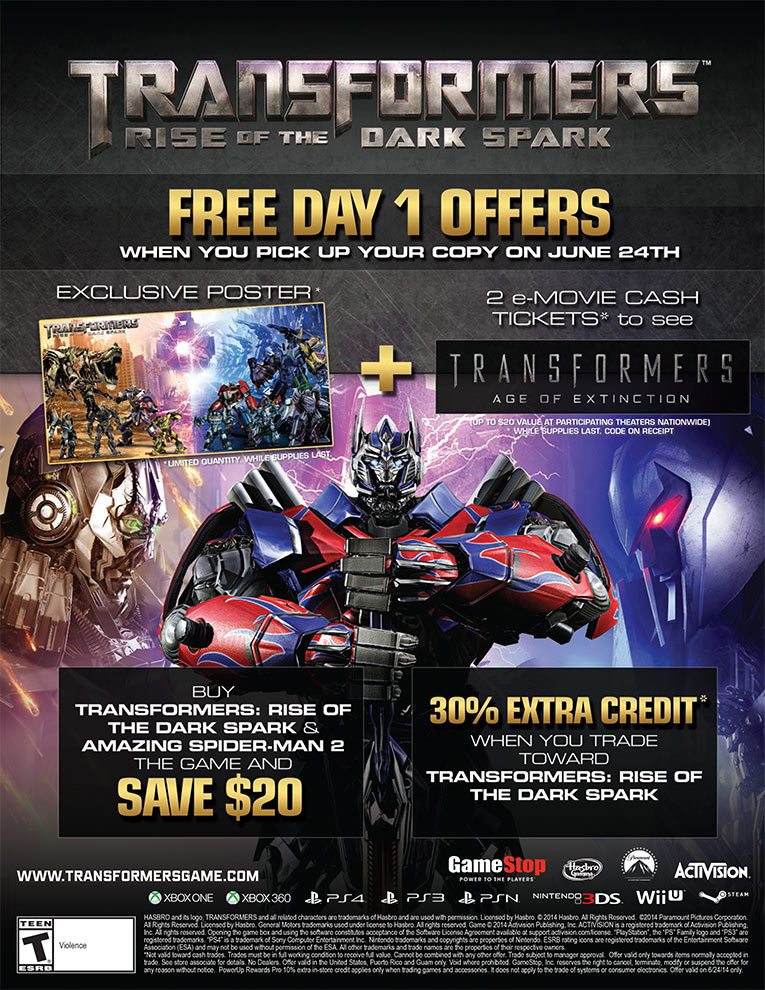 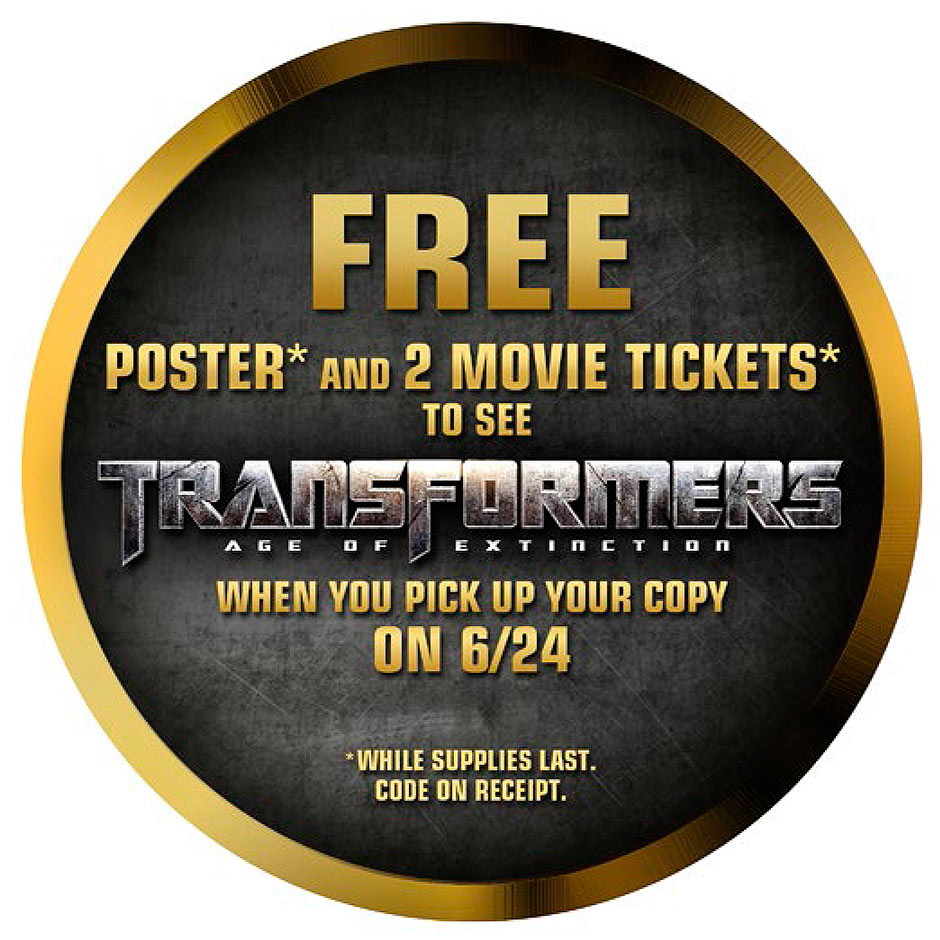 In support of Activision’s promotional partnership with the summer theatrical blockbuster TRANSFORMERS: AGE OF EXTINCTION, consumers who purchased the movie’s videogame TRANSFORMERS: RISE OF THE DARK SPARK at GameStop locations nationwide, received a special Promo Code on their receipt. The code was then redeemed on a customized website, where consumers downloaded two (2) e-Movie Cash tickets to see the movie in theaters. Each e-Movie Cash ticket was valid for $10.00 toward box office admission. The promotion was so successful nearly 15,000 codes were redeemed over a 5 day period! The promotion is being promoted at every GameStop location in the US, along with broadcast and print advertising, and heavy social media communication.